I bet when you saw this title you thought it was about the protests by athletes of violence against Blacks by kneeling during the singing of the national anthem. While this has made Colin Kaepernick a real-life hero to many of us, and the reasoning behind such protests is certainly valid, this blog is about taking my knee, literally, and giving me a new one.  I have just had the dreaded knee replacement surgery.

Shortly after I moved to Houston in 2017, I was checking out at Walmart and the cashier refused to give me the sale price on a pair of kid’s pajamas. I’m a generous but fair grandma, and I can’t just buy one pair of pajamas! To express my displeasure and march back to get another pair, I turned indignantly only to experience a sharp pain in my left leg. For several seconds, I couldn’t move. When I could, it was only to slowly limp to my car and drive home … very carefully.  My knee swelled up and it was sore for a few days. By the time I saw my doctor, I only had a mild limp and the swelling had gone down. Medicare guidelines sent me to xrays first, which, as my doctor suspected, showed no broken bones. I had to go back later for an MRI that would reveal a torn meniscus. There’s no cure for this except knee replacement, but the pain does subside and become manageable. So I walked less. Added to the diagnosis was arthritis. In one sense, this surprised me because I’d always exercised and stayed in shape. But in another sense, I hadn’t been able to do squats in a while, so that explained it.

Fourteen months later, I had several grandchildren over for the weekend and the doorbell rang. They were all anxious to see who was at the door and rushed downstairs, only to push the youngest one back towards me where she clung to my right leg. A familiar pain shot though it, identical to the Walmart incident, only worse. This time, I couldn’t walk at all and had to maneuver around my first floor in my wheeled office chair. It was days before I could navigate the stairs again and sleep in my own bed. Exercising was more difficult and I had to give up Zumba entirely. Still, I was not ready to cut open my legs or get artificial anything. I've always prided myself on natural healing and minimum meds. 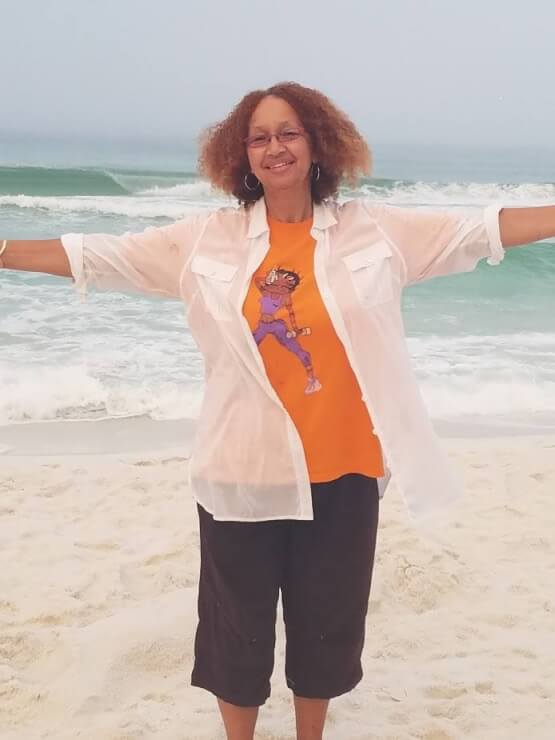 As time passed, I learned to adjust: sitting when I used to stand, riding when I used to walk. I gave up going to events that required a lot of walking, like outdoor concerts and trips to the zoo. My family still included me on vacations, and when my knees bothered me, I’d just sit down someplace and read or enjoy the scenery (like the Grand Canyon). I had adjusted from the routine of a dance teacher and party girl to a slower, gentler lifestyle. Shopping had become my toughest challenge, taking way too long (sometimes hours), and ending in pain. I was in tears while Christmas shopping when I left the mall from the wrong entrance and spent nearly an hour looking for my car.

I followed a Facebook ad for a rehab clinic and tried a series of treatments including gel shots, physical therapy and a custom knee-brace. I started this just as Covid was easing up and it just felt good to get out of the house. I think it helped at first, or maybe it just felt good to be doing something, but after a while, the pain was the same. I replaced the knee brace with compression sleeves. They didn’t come loose in the middle of the canned goods aisle.

When I went for an annual check-up, my doctor asked me why I didn’t want to do the surgery. I was excited to have a new doctor and I thought I was moving normally, but she recognized my limp and how I turned my right foot outward to ease the pain in my torn meniscus. Yes, I had two, now, but the right leg was worse, coupled with bone-on-bone arthritis. I realized that my dread was as much about depending on others as it was for the surgery itself. I knew I’d be out of commission for at least six weeks, and I didn’t want to move in with anybody or have them move in with me. My adult children lead very busy lives, and I certainly didn’t want to burden my grand. Worse than that, I was afraid I couldn’t walk at all and I'd need to use a bed pan!

But after doing some research and talking with people who’d had the surgery, I decided to take the leap (not literally).. I was told they have you up and walking right after the surgery. I’d need a walker a couple of weeks and a cane after that, so how bad could it be? So I made an appointment with a surgeon. Though he had done hundreds of these operations and made it seem so easy, I first needed referrals from three other doctors: my primary care doctor, a heart specialist, and my dentist. I’d had several extractions and gum treatments in the last year, so I had everything taken care of, including my mammogram and colonoscopy, before committing to the surgery.

Several months passed, but I was finally ready. We scheduled the surgery for the day after Mother’s Day. I made sure I was shopped up, from groceries to graduation gifts. I had shopped so much I was looking forward to a time when I couldn’t, when I could just be still. I expected the worst in terms of pain, but I had enough meds from the surgery, before, and after, that the pain wasn’t as bad as I expected. Plus, my doctor prescribed some opioids, which I replaced with Ibuprofen after the third day. And it was true, they did have me up and walking at the hospital. I learned how to stretch out my “bad leg” to get up from a chair, and to step up on my “good leg” first. Three years earlier, I had bought a one-story house. I now  had only one step: my sunken living room/office. So if I didn’t feel like working, and I had planned to take a break, I wouldn’t need to manage steps at all.

Without asking, my daughter-in-law planned to move in with me. She calls herself my “daughter-in-love” to indicate the loving and generous relationship we have. But she can be a tyrant and a disciplinarian, even with me! Because we favor so much, many people think I'm her mother instead of her husband's.  She insisted on staying the first ten days (I had expected two or three), so she could manage my meals and my meds, including a daily shot that I couldn’t do myself. Since her children were still in virtual school, that meant she brought the youngest four, ages eight to fourteen, so she could supervise them. She cooked for all of us … no bread, no carbs, no sweets, constantly offering me fruit and vegetables so I could heal. My appetite was low anyway. I had to force myself to eat so I wouldn’t get nauseous from the meds. As a matter of fact. I’ve lost ten pounds since the surgery, something I’d been trying to do for years. But I wouldn’t recommend knee surgery as a means to lose weight. It might just be that the artificial knee weighs less than the real one. 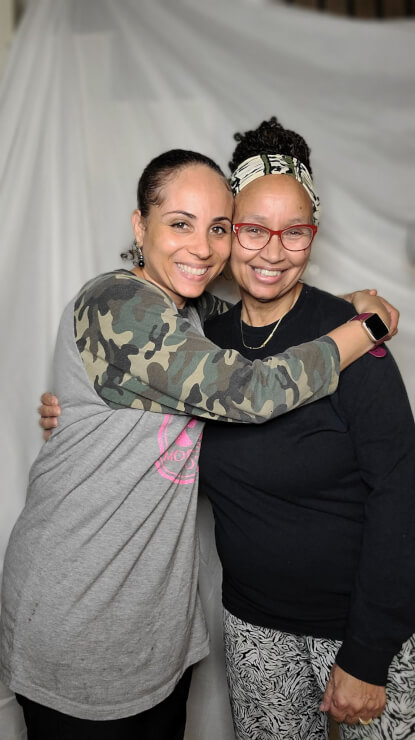 The walker was cumbersome, more trouble than it was worth. I had to turn it to get in and out of the bathroom, and I decided to just leave it outside. Soon I found it easier to walk without it, and I sometimes walked away from it without realizing it. I abandoned it altogether after five days. I tried the cane, but again, it was more trouble than it was worth. I only use it now for support if I’m going to be walking a lot. My first venture beyond physical therapy was a trip to Galveston. I walked at museums, restaurants, and on the paddleboat.  I’m still not driving.

I started making short videos to share my progress with my friends and family on Facebook. After the first week, I threw the walker aside and was greeted with cheers and congratulations on how well I was doing. The hardest thing after a month was getting up from a chair, usually accompanied by sharp pain, and the surprise stabs of agony when I move the wrong way. When sitting a while, it helps to walk it out, so I walk up and down my block for exercise. I’m still doing physical therapy and I plan to go back to the gym soon. I hadn’t been to the gym since the Covid closures. I end my videos with "'Moving right along!" and I am, but it's not always easy.

While replacing both knees is highly recommended, I can't imagine doing this again any time soon. I'll just have to see how I feel. But I'd love to be one of those success stories who brags on running or hiking like she did in her twenties. I'd just be happy to wear high heels again. A woman doesn't feel truly dressed up in flats or flip-flops. And let's face it, most of my comfy shoes are either sneakers or Crocs, not a good look when you're trying to dress to impress!

Nearly five years have passed since my first injury and diagnosis. It took me a while to commit to the surgery, but I'm glad I did. Getting a knee replacement is not for the faint of heart. I worried about the pain, but it was less than I expected. I worried about depending on my family, but that was a blessing, not a burden. At least they didn't make me feel guilty. In addition to my daughter-in-law, my son, grandson and granddaughter all shared in getting groceries and driving me around. I thought I'd be fully recovered after six weeks, but my doctor assures me that total recovery is more like eighteen weeks. But now I've been cleared to drive and I feel as if I've just got my freedom back! I still see progress nearly everyday. I can walk a little longer and bend a little more. I'm looking forward to doing those fundraiser walks again and getting back to Zumba!  And I can't wait to get back on the dance floor! That's my superpower!